New humanitarian knowledge
100 New Textbooks in the Kazakh Language
Participate in a project
The article of First President of the Republic of Kazakhstan
«Course towards the future: modernization of Kazakhstan’s identity» 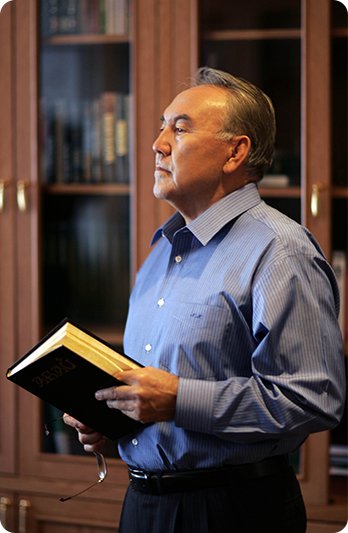 Kazakhstan has entered a new period in its history.

This year, in my state-of-the-nation address, I proclaimed the start of the Third Modernization of Kazakhstan.

The goal is to join the world’s 30 most developed countries.

Both modernization processes have crystal-clear goals along with the tasks, priorities and methods to achieve them. I am confident that these will all be achieved fully and in time. However, they are not enough on their own.

I am sure that the large-scale reforms that we have started should be complemented with advanced modernization of our - nation’s identity. This won’t just complement political and economic modernization but provide its core.

Modernization of Kazakhstan’s identity is not just a job that starts today.

We have done a great deal of work in this direction during the Independence period.

Starting in 2004 we have implemented the Madeni mura program aimed at restoration of Kazakhstan’s historic and cultural landmarks.

In 2013, we adopted the Khalyk tarikh tolkynynda program that enabled us to collect and study the documents dedicated to the history of our country from the world’s leading archives.

Today we must embark on a bigger and more fundamental path.

That is why I decided to share my vision of how we can take another step towards the future together and our nation’s identity to forge a single nation of strong and responsible people. 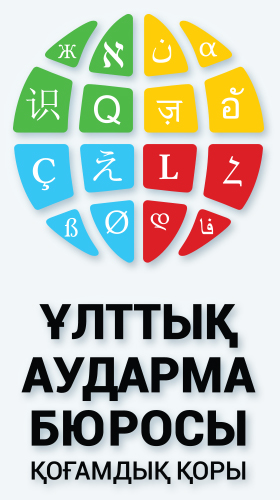 In the article of the President of the Republic of Kazakhstan Nursultan Nazarbayev «Course towards the future: modernization of Kazakhstan’s identity» the new project «New humanitarian knowledge. 100 New Kazakh Textbooks Project» is being implemented for the development of social and human sciences.

Read completely
Take part in the project
Participation and develop the national education system!
Participate in the translation of books
Leave a statement
Recommend books for translation
Submit proposal
Subscribe for news
The standard chunk of Lorem Ipsum used since the 1500s is reproduced below for those interested.
Send a resume
Offer a book for translation